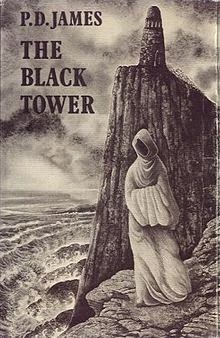 "... the sea, constantly changing but eternal, comforting and yet frightening, speaking to her in its ceaseless rhythm that nothing really mattered, that human misery was of small account, that everything passed in time."

"We all suffer from a progressive incurable disease. We call it life."

"- When exactly did the miracle happen?
- He claims, when they dipped him in the well. As he tells it, he experienced an initial shock of intense cold followed immediately by a tingling warmth which suffused his whole body, and a feeling of great happiness and peace. That's exactly what I get after my third whisky."

"Dalgliesh, who saw no merit in work for the sake of work, wondered what his companion really thought about a job which had obviously been designed in defiance of economics to give her the illusion of being useful."

"If he couldn't succeed, then he would opt out completely, retire to oblivion, away from the embarrassed pity of colleagues, from noise and foul air, from the hazards and inconveniences of a world aggressively organized for the healthy and able bodied."

"Listening to her spate of obstetric and marital intimacies, Henry had realized once again that the disabled were treated as a different breed. They posed no threat, sexual or otherwise, offered no competition. As companions they had the advantage of animals; literally anything could be spoken in front of them without embarrassment."

"They say that they want to be treated as ordinary people, and they make demands no ordinary would dream of making, and naturally one can't refuse."

"Either you pushed Holroyd over the cliff or you didn't. If you didn't, guilt is an indulgence."

"My dear husband got through money very quickly. It wasn't women I'm glad to say. It was horses. They're just as expensive and even more unpredictable but a less humiliating rival for a wife. And unlike another woman, you can at least be glad when they win."

"That's the advantage of the Olde Barn menu. The chef can and does change fortnightly but the tinned soup is guaranteed to taste the same."

"I could have borne their failure. What I couldn't bear was their hope."

"She remembered suddenly what he reminded her of: the sugar Father Christmas on her first Christmas tree, so desirable, so passionately desired. And you bit into nothingness; a trace of sweetness on the tongue and then an empty cavity grained with white sand."