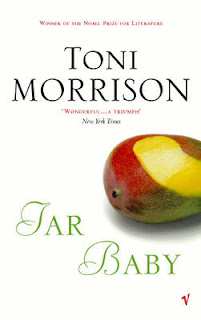 "All narrative begins for me as listening. When I read, I listen. When I write, I listen - for silence, inflection, rhythm, rest. Then comes the image, the picture of the thing that I have to invent: the headless bride in her wedding dress; the forest clearing."

"- It was a long time ago, Valerian. Eight years? Nine? He was just a kid then. So was I.
- You've grown. He hasn't. His vocabulary, perhaps, but not his mind. It's still in the grip of that quisling "Little Prince". Do you know it?
- Know what?
- That book. "The Little Prince".
- No. I never read it.
- Saint-Exupéry. Read it some time. And pay attention not to what it says, but what it means."

"His father, knocked down by a horse-drawn milk truck, lay in bed, the house already funereal. Valerian went out back to the shed where a washerwoman did the family's laundry. She was thin, toothless and looked like a bird. Valerian sometimes visited her, or rather hung around her shed, asking questions and chattering. She was like a pet who would listen agreeably to him and not judge or give orders. The first time he came, she had said, by way of polite conversation- the pointless conversation of an adult without stature to a child who had some - "What your daddy doin today?" And he had answered that his daddy was away on a sales trip to Atlantic City. From then on she greeted him that way. He would wander to the shed door and she would ask, "What your daddy doin today?" and he would tell her, as a preliminary to the conversation, "He's at the factory today" or "He's in New York today." It was a delightful opener to him because she and his father had never laid eyes on each other. A sort of grown-up conversation followed the question that they both took seriously. On one of the Wednesdays she came to work, his father died without regaining consciousness. Valerian was fussed over by his mother and relatives and then left alone while they busied themselves with death arrangements. He wandered out to the washhouse that afternoon and when the whoman said, "Hi. What your daddy doin today?" Valerian answered, "He's dead today", as though tomorrow he would be something else. The woman looked up at him and paused for an awkward silence in which he suddenly understood the awfulness of what had happened and that his father would also be dead the next day and the day after that as well. In that instant, while the birdlike colored woman looked at him, he knew limitlessness. The infinity of days in which the answer to her question would be the same. "He's dead today." And each day it would be so. It was too big, too deep, a bottomless bucket of time into which his little boy legs were sinking and his little boy hands floundering.
Finally she blinked and pointed to a shelf behind him. "Hand me that soap", she said. And he did. "Now unwrap it and stand right over here. Up close. Closer." He did that too and she made him rub soap on the wet pillowcase that clung to the washboard. He scrubbed his heart out, crying all the while, pillowcase after pillowcase, rubbed and rubbed until his knuckles were cherry red and his arms limp with fatigue. And when he could not do another, she patted him on the head and said she would hire him any day."

"- I hate killers, she said. All killers. Babies. They don't understand anything but they want everybody to understand them."

"At some point in life the world's beauty becomes enough. You don't need to photograph, paint or even remember it. It is enough. No record of it needs to be kept and you don't need someone to share it with or tell it to. When that happens - that letting go - you let go because you can. The world will always be there - while you sleep it will be there - when you wake it will be there as well. So you can sleep and there is reason to wake."

"A real messenger, a worthy one, is corrupted by the message he brings. And if he is noble he should accept that corruption."